Boxer shorts are the first thing you put on and the last thing you take off each day. Choose them carefully and they’ll help you build a solid, stylish outfit from the inside out. From Calvin Klein and Hugo Boss to Armani, there are plenty of brands to choose from.

The right style though, be it boxer shorts, trunks or even briefs is a matter of personal preference and what you’re using them for. Playing sport? You’ll need the support offered by trunks. Looking to feel the wind beneath your wings? Try loose fitting boxers.

What shouldn’t be a matter of preference though is the condition they’re in. Anything less than a clean pair each day is not only gross but unhygienic. And if your pants are looking moth eaten, it’s time to replace them. Trust us: if you don’t take an interest in your boxers, no one else will either.

When it comes to what you wear underneath, these are the factors that you need to take into consideration.

Watch: The best sliders for men

Fit is, of course, a question of personal preference but it’s generally best to give yourself some room down there. Excessively tight underwear can lead to the obvious: chafing and the less obvious but no less upsetting sweat rash. Studies also suggest that wearing looser underwear can increase your sperm count. Give yourself room to breathe.

(Related: How to boost your sperm count by 60 per cent)

Listen, as long as they’re not brown or novelty- printed, you can’t go too far wrong with the colour of your pants. Navy blue, grey, white, black: take your pick. Black and grey are perhaps the most versatile and ahem, hard-wearing, colours so if it’s longevity you’re after, go dark.

These are, as the name suggests, loose-fitting and light-weight shorts with an elasticated waist. Their biggest strength, that they give your bits room to move, is also their biggest weakness. Your junk will be bouncing about like a prize fighter in the early rounds.

Compact and supportive, briefs are the closest underwear gets to that Speedo shape. On the plus side, your tackle will be kept from moving around too much. The downside is that, well, you’ll be wearing little pants, which take plenty of personality to pull off.

The hallowed middle ground between boxer and brief. The jockey short is made from elasticised cotton, which means it’s supportive, but has longer legs, so you’ll feel less ‘on show’ if you’re wearing those and nothing else.

The waistband of your underwear poking out over your jeans was, for a long time, as important to a Saturday night outfit as your Vivienne Westwood shirt being properly ironed. It was a signifier. ‘I wear Calvin Klein underwear. I am sophisticated.’

Prior to that, in the early nineties when jeans were worn bum-cheek low, the right underwear wasn’t so much an item of clothing as an accessory.

Old hat or not, there’s no doubt that men still have their ‘best pants’, the ones they keep for special occasions, and invariably, they’ll have a designer’s name on their waistband. We say, if wearing them helps you feel 100 per cent, embrace it.

By sewing his name onto his pants, Calvin Klein made it fashionable to flash your smalls. Having diversified from the world-famous boxers, they now produce briefs, trunks and boxer-briefs in various lengths and fabrications. 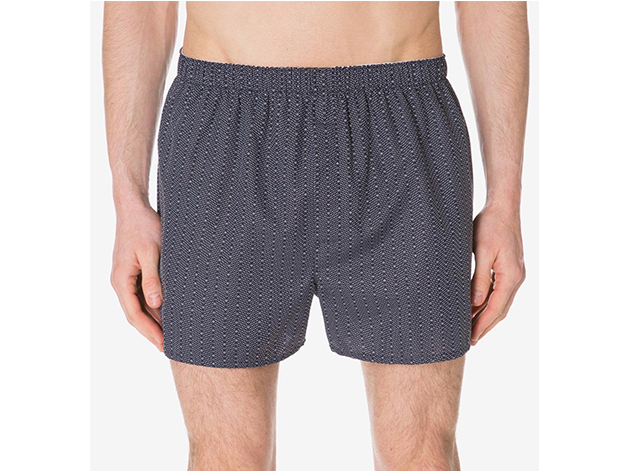 The people who brought boxer shorts to the UK, Sunspel have been making underwear since 1860. Their boxers are almost identical to the original designs but they’ve done away with the excess fabric so you can wear them under fitted trousers comfortably. 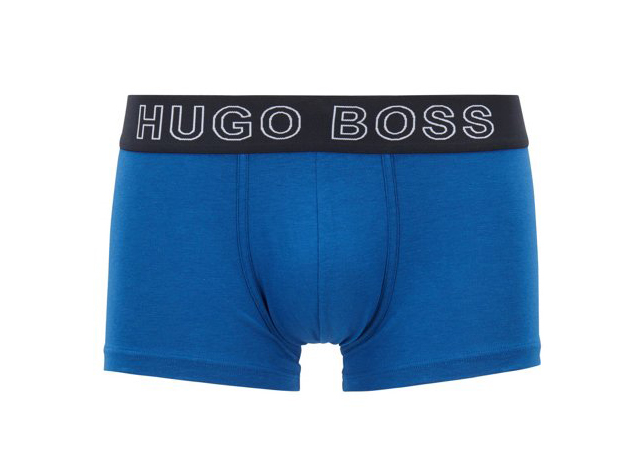 German designer label Hugo Boss make their boxers from a cotton and elastane mix that means they’re comfortable to wear and move with your body. Their slim waistband, shallower than their competitors is arguably sublter, too.

Every self-respecting fashion-lifestyle brand needs underwear in their stable. Armani is no exception. With their eagle emblazoned across the waistband of your underwear you’re immediately part of the Armani universe.

Perhaps the first underwear you ever owned, Marks & Spencer’s make outstanding pants. Although they were affordable, comfortable and well-made, they weren’t always sexy. Until they collaborated with British model David Gandy, that is

What Is Monkeypox? Am I At Risk Of Getting It?