Women are now able to apply for frontline infantry, Royal Marines and SAS 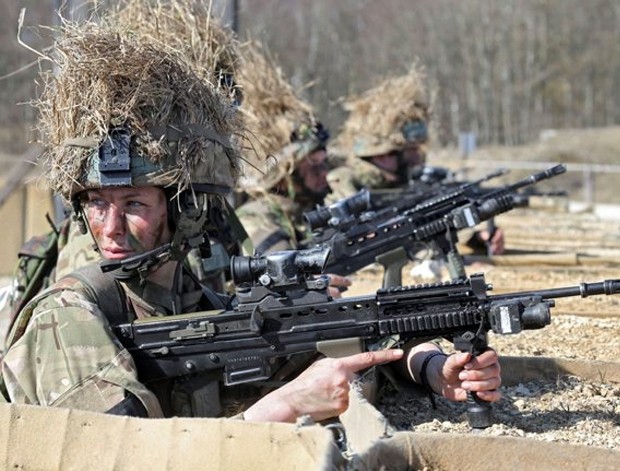 The defence secretary Gavin Williamson has announced that all combat roles will be open to women, including positions in special forces units such as the SAS and the SBS.

Speaking to the BBC, Williamson said that selection for the “armed forces will be determined by ability alone and not gender”.

The ban on women serving in ‘close combat’ roles was lifted in 2016 when the Royal Armoured Corps, who operate tanks, welcomed women into their ranks.

Williamson said that, with immediate effect, women already serving can transfer into infantry roles, and those not currently serving would be able to apply for roles in December to start basic training in April 2019. 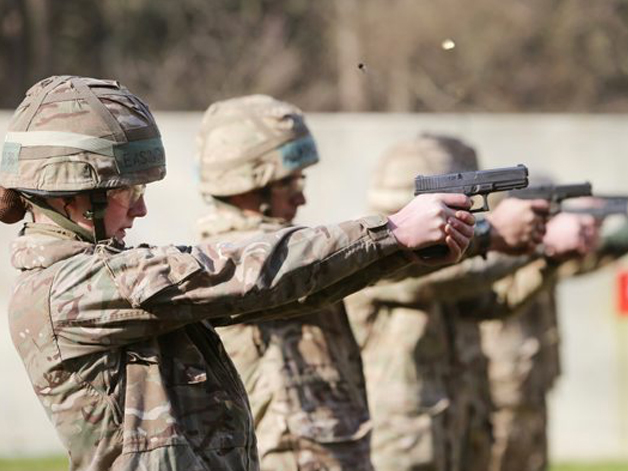 (Related: How to train like a British Army officer)

“We very much expect women to be joining the SAS and the Special Boat Service,” said Williamson. “The value that they’ll bring and the impact they’ll make will be phenomenal and all the services are looking forward to welcoming them.”

(Related: What is the military diet?)

L/Cpl Kat Dixon, currently serving in the Royal Wessex Yeomanry, told the BBC: “If you can meet the necessary requirements I don’t think anything should be off-limits but you should have to meet the same requirements.”

With modern battlefields constantly evolving, the need for a flexible military is increasingly necessary. In 2019, the British Army will introduce new Physical Employment Standards (PES) for all soldiers involved in close combat roles, which will now include women applying to front-line roles including infantry and specialist regiments.

The new tests are a result of the combined thinking of real-life soldiers and sports scientists from the University of Chichester, but some have questioned whether the changes to PES, which will now make no allowance for the age or gender of soldiers, have lowered the bar rather than raised it. In response, British Army officials insist that this isn’t the case and that the enemy doesn’t care how old the soldier is, so neither should the training programme.

Some countries are already leaps and bounds ahead when it comes to gender equality in the armed forces. Since 2014, Norway has been championing the all-women special forces unit ‘Hunter Troop’ (or ‘The Jegertroppen’) — the world’s first all-female special forces training programme. Around 12 recruits pass the gruelling six-month course each year, with tests including forced marches, urban combat and near starvation. Similarly, 20 per cent of the Afghan army is made up by women.

Is the UK far behind? Not quite, it seems. When asked about the UK’s answer to ‘Hunter Troop’, defence secretary Gavin Williamson said, “It’s not something we’ve been looking at but we shouldn’t close ourselves to any ideas.”

“You’ve seen women serving alongside men in Afghanistan and Iraq. They have been part of the team,” said Williamson. “The idea that we’re excluding half the population for some of these vital roles potentially holds our armed forces back.”

Workplace health programs need to be refocused, not removed

Judy Faulkner asked the press to dig into physician burnout and EHR satisfaction. So...