The Arlington, Virginia-based company focuses on reducing physicians’ administrative burdens through technology and accelerating their transition to value-based care.

Currently, 2,700 providers across six states and the District of Columbia partner with Privia Health, providing care to more than 3 million patients, CEO Shawn Morris said in a  phone interview. Roughly, 680,000 are cared for through value-based arrangements.

In the wide-ranging interview, Morris further delved into the decision to go public via an IPO, plans for the funds raised and what he thinks Privia Health’s biggest value-add is in a landscape reeling from the Covid-19 pandemic.

Note: Responses were edited for length and clarity. The interview was conducted before the IPO closed.

MedCity News: Why did Privia health decide to launch this IPO now? Was it the only path the company considered when deciding to go public? 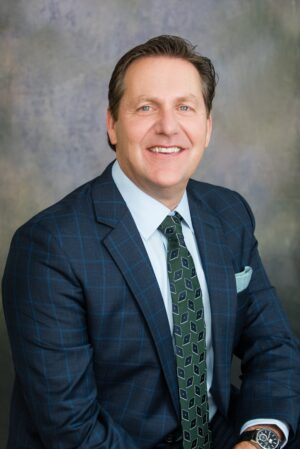 Shawn Morris: We’ve been very fortunate to have great investors, like Goldman Sachs, Pamplona capital. Goldman Sachs, that’s who reached out to me when they were looking for a new CEO. They wanted somebody to kind of prove the model out.

When I got here, we weren’t talking about [going public]. It was just like, ‘Shawn, let’s prove the model, let’s partner with doctors [and see if] this can be a model in healthcare that can really engage the doctor, lower healthcare costs and improve quality.’

So, we proved the model works monetarily and doctors are reaching out and they want to grow. Last summer, we made the decision to go IPO, as you mentioned. We considered some high-quality SPACs, [but] we thought the traditional IPO route was the best for us.

The story of helping doctors with challenges to move to value-based care really resonated with our investors. We’re super excited.

MedCity News: What advantages does the IPO provide for you?

Shawn Morris: I would say the obvious one is it provides us capital. We’re putting upwards of a couple hundred million on the balance sheet to grow the business, grow it in new states. There are a million doctors out there struggling to run their practices and [they] need technology and want to make this transition to value-based care. We may invest in some of those practices.

We’ll [also] continue to invest in capabilities to further the strategy, such as other tools within the integrated technology stack, and obviously, talent. As we grow, we’re going to need additional talent. But yeah, the other thing the IPO probably allowed us to do is to continue to be an independent company that’s purely focused on our strategy.

MedCity News: What other plans do you have for the IPO funds?

Shawn Morris: I can’t get overly specific about that. We grow in several different ways. Obviously, we grow same-store. When I say same-store, think about your doctor practice out there that you see personally — we build up a one-year, three-year, five-year plan with them and [talk to them about] what they aspire to be. If they’re a five-physician and a five-nurse practitioner/advanced practitioner practice, do they aspire to continue to grow and expand that practice? We have different arrangements, but [the goal is] to move them to higher levels of value-based care.

MedCity News: There are a lot of different ways in which Privia Health works with physician practices. So, what do you see as Privia’s biggest value-add moving into this post-Covid, new normal?

Shawn Morris: I think it’s always going to be based on those challenges…doctors face. They need a partner to help them. And they desire to have autonomy. They want to run that practice, but they want a partner that can help them with workflow, and bring them technology that’s all integrated, bring them data.

And I’ll give you an example here. So, we all know the payers that are out there. There are some new age payers, be that a Clover or an Oscar, but there’s also payers out there, like the federal government, that have been there for decades, and UnitedHealthcare, Humana, Cigna and Anthem. And they all have nice data and widgets and they’re telling doctors, ‘hey, just log in and we’ll give you all this information on that patient.’

But what we’re doing is synthesizing all that data into the [doctor’s] workflow. So, they know that a patient, let’s say Shawn, is in their practice. Maybe Shawn went to the emergency room three weeks ago and the doctor had no idea of that. But we’re synthesizing that data, so the doctor can have a conversation saying, ‘Shawn what happened? Why did you have to go to the ER?’ So they’re closing those care gaps.

MedCity News: Looking back a little bit, what do you think is the most important thing you’ve learned during the pandemic and how will it guide your strategic plans for the company moving forward?

Shawn Morris: We built our telehealth platform three years ago. [Initially] we were only doing a few hundred visits a week. It [was] just inertia [on the doctors’ side]. But we envisioned [doing it] large scale because we thought eventually consumers would demand to see and have access to their doctor — not a doctor, their doctor — in a virtual way.

[And] that’s the way the world is going. Covid hit and we ramped up [telehealth at] all of our medical groups across the country, within I think seven or eight days, because there was a need all of a sudden for doctors to reach out to their patients, see them, check on them, especially the ones with chronic conditions. We did 800,000 telehealth visits last year and we did it without a hiccup.

Now, today, our doctors are still using that technology. So, it’s just [about] teaching them the tools that are out there.

I think the next steps are going to be natural next steps. We’re doing pilots around behavioral health. And I think there’s no doubt remote monitoring is growing… so, how do we work that into the workflow? How do you do that in a way that doctors don’t become more burdened, but they’re connected to their patients…and intervening at the appropriate times.

Cleveland Clinic teams up with Aetna to launch insurance plan

How will Sanofi save €2B? Chopping support staff and ‘smart’ purchasing, for 2

NewYork-Presbyterian Hospital and Philips team up for remote patient monitoring