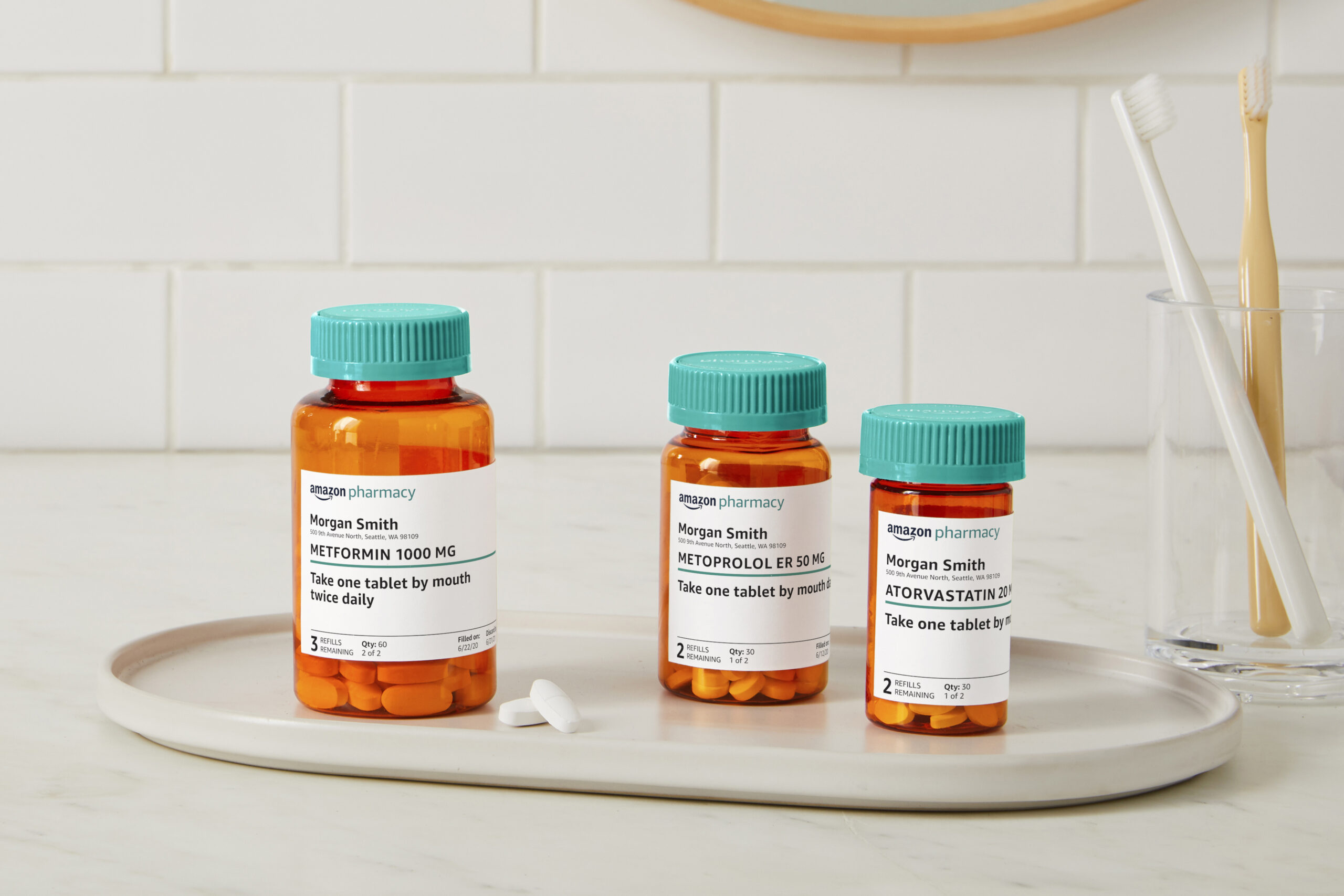 Two years ago, when Amazon acquired online pharmacy PillPack for $753 million, it hinted at plans that the retail giant might enter the pharmacy business someday soon. Now, Amazon is showing its hand.

On Tuesday, it rolled out a service for users to purchase their prescriptions online and receive them at home. The news shook the pharmacy business, posing a potential threat to the dominance of big pharmacy chains such as CVS Health and Walgreens.

As one would expect, Amazon’s new pharmacy business is built around home delivery. Users can look up their medications, as well as other branded or generic versions that might be available.

“We designed Amazon Pharmacy to put customers first – bringing Amazon’s customer obsession to an industry that can be inconvenient and confusing,” TJ Parker, PillPack’s co-founder who became vice president of Amazon Pharmacy, said in a news release. “We work hard behind the scenes to handle complications seamlessly so anyone who needs a prescription can understand their options, place their order for the lowest available price, and have their medication delivered quickly.”

Amazon also touts the ability for users to compare the difference in prices between their insurance co-pay, the price of a medication without insurance, or a separate cash-pay discount option for Prime members.

Instead of taking coupons offered by GoodRx or SingleCare, which most brick-and-mortar chains use, Amazon says Prime users who pay in cash will be able to save 80% off the price of generic medications and 40% off brand name medications. Amazon does not contract directly with drug manufacturers for discounts, but works with a subsidiary of pharmacy benefit manager Evernorth (formerly known as Express Scripts) to administer this program, JP Morgan Managing Director and Senior Analyst Lisa Gill wrote in a research note.

Consistent with the rest of its business, Amazon also offers free two-day delivery for Prime members. The service is currently available in 45 states.

Pharmacies have had time to prepare

In response to the news, CVS and Walgreens seeing their stocks tumble. GoodRx, which just went public this fall, saw its stock fall more than 20%.

In spite of the reaction from pharmacy stocks, analysts cautioned against the idea that Amazon would “blow up” the entire prescription pricing model.

“In our view, the retail pharmacies have had several years to prepare for this, and while Amazon brings strong fulfillment capabilities and an easy-to-use customer interface, the companies have been adapting their business models and adding new services and offerings that can’t be easily replicated by online-only providers,” Gill wrote.

She compared it to Walmart’s entry into the pharmacy space a little over a decade ago. While its $4 generics program certainly turned heads, and caused other pharmacies to adopt their own discount programs, it didn’t result in a material shift in market share.

In an emailed statement, CVS emphasized that its business extends beyond pharmacy, with its push to offer more clinical and wellness services in its stores.

Amazon will also have to negotiate with PBMs to work with commercial plans.

“While PillPack has been in-network with all major PBMs, in our view, the large PBMs are unlikely to offer preferred cost sharing to external mail providers, which could limit utilization,” Gill wrote.

There are a multitude of other factors pharmacy entrants must consider, Truepill Co-Founder and President Sid Viswanathan said. His startup manages pharmacy and fulfillment services for several direct-to-consumer brands, including Hims and Nurx.

“Entering the pharmacy fulfillment space at massive scale is complex from both a regulatory and operational standpoint,” he wrote in an email. “Navigating 50-state pharmacy regulations, shipment of controlled substances and cold-chain products, nuances of insurance-based reimbursements, building of new facilities or leveraging existing infrastructure all pose challenges that are materially different from traditional e-commerce fulfillment.”

Still, he sees Amazon’s entry into prescription products as a natural fit, given its history in e-commerce and patients’ shifting expectations.

“Overall, this reinforces that consumers are shaping the future trends of healthcare by providing them the experience they expect and demand in today’s world,” he wrote.