Is he heading from the WWE to the MCU? 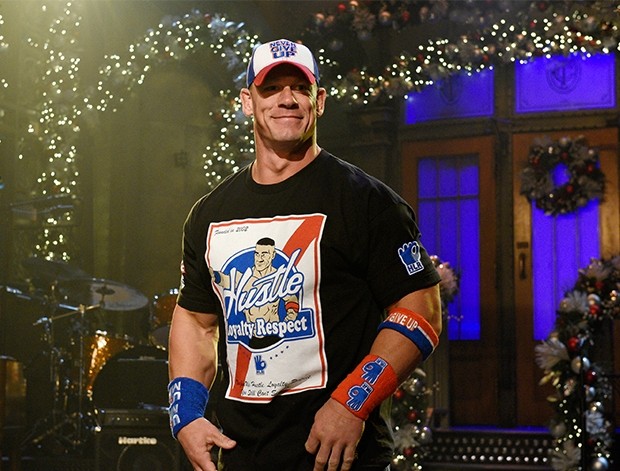 WWE star John Cena has taken steps to become a bona fide movie star, with standout turns in Trainwreck and Blockers, and upcoming parts in Bumblebee and The Janson Directive. So is the Marvel Cinematic Universe next? Fans are speculating whether one of his recent Instagram posts is a hint involving Captain America.

On Sunday, Cena posted an Instagram photo of Cap’s famous shield, and didn’t include a caption to explain himself.

Immediately, fans took this as a signal he’s either campaigning for the role of Captain America post-Chris Evans, or hinting he’s already got the part—or another role in the Marvel Cinematic Universe. The timing would make sense, because Evans has said he has no plans to return to his role after his contract is up. And who is more all-American than John Cena? Just watch him talk about patriotism and you’ll get it.

Though some fans were up for the idea, others say they’d rather the next Captain America be Bucky or Falcon, to stay true to the comics’ storyline.

But Cena has trolled fans like this on Instagram before, so don’t get too excited just yet. CBR notes he did the same thing with HBO’s Watchmen series. And Cena posts a lot of weird stuff on Instagram without any captions—he’s recently also posted memes involving Star Wars and Spongebob Squarepants, and nobody speculated he’d be joining those properties. Yet.

(Related: 3 Avengers workouts to get you infinitely jacked)

A version of this article originally appeared on MensHealth.com